Hội An, one of 5 places Obama should see in Vietnam

President Barack Obama now has his first visit to Vietnam. And Hội An is in the list of 5 places Obama should see in Vietnam.

According to the New York Times, between time constraints and presidential security, he may not have a chance to sightsee in a country that has plenty to offer tourists, including picturesque port cities, temples and seemingly countless historic sites. If the president happens to find some room in his itinerary, however, travel experts share the top five attractions that he, along with any traveler to Vietnam, should consider seeing.
Here are the five places: 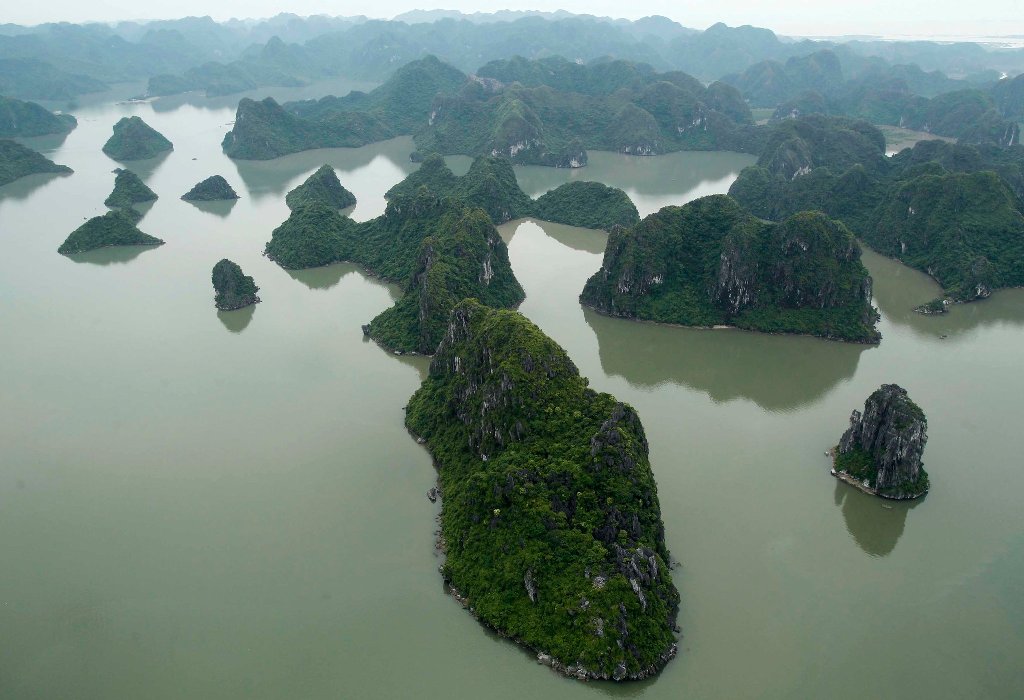 1. Halong Bay
This collection of more than 1,600 limestone islands and islets scattered around emerald green waters is a Unesco World Heritage site in northeast Vietnam and a must-see, according to Beth Sherer, the Asia product manager and Vietnam specialist for the upscale trip outfitterAbercrombie & Kent. “They are incredibly beautiful and full of limestone caves and grottoes you can explore and also floating villages you can visit to see how people make their livelihoods from the water,” she said.
The best way to navigate around the bay, she said, is by taking an overnight junk boat tour. Many local tour companies as well as A&K offer these.
2. The Temple of Literature
The Temple of Literature is a sprawling complex in Hanoi that is about a 30-minute drive from the center of the city. Built in 1070 and dedicated to Confucius, it was also Vietnam’s first university. “It’s a peaceful place with courtyards, green lawns and a pond, and a highlight is seeing the names of more than a thousand scholars inscribed on tombstones,” said Eva Van Truong, a native of Vietnam and managing director of the Reverie Saigon, an upscale hotel in Ho Chi Minh City. Visitors may also spot local students; many come to the temple to pray before their exams.
3. Cu Chi Tunnels
Situated in a tropical jungle about two and a half hours from Ho Chi Minh City, this network of extensive tunnels is where several military campaigns took place during the Vietnam War and also where Viet Cong soldiers based themselves. Travelers can go into the tunnels, said Ms. Sherer, but they are not for the faint of heart. “You have to crouch down on your hands and knees and crawl in so they are not suited for those who are claustrophobic,” she said.
The best way to see and learn about them, she said, is to hire a guide who can explain the structure of the tunnel system and how Vietnamese soldiers used them during the war.
4. Hoi An
Ms. Truong says that it is worthwhile for travelers to Vietnam to spend at least a day in Hoi An, a Unesco World Heritage site city on the central coast. A Southeast Asian trading port from the 15th to 19th centuries, it’s incredibly well-preserved, she said, and best explored on foot. “The streets are pedestrian friendly, and you can walk around and see the historic houses and also walk along the Thu Bon River,” she said.
Tourists who visit on the 14th day of the lunar month — the night of the full moon — are in for even more of a spectacle: Come evening, all electrical lights are shut off, and locals turn the city aglow by lighting colorful lanterns; locals and visitors alike also light smaller versions of the lanterns to float down the river.
5. Hanoi’s French Quarter
Get a flavor of city life by whiling away an afternoon in Hanoi’s French Quarter, also the center of activity in Hanoi. “The architecture is from when the French colonized the city, and the scene is always vibrant and bustling,” Ms. Sherer said. Tourists will see neon light displays, vendors hawking local goods such as lanterns and slippers, street stalls selling bowls of the Vietnamese noodle soup pho and plenty of cafes with outdoor tables filled with locals drinking Vietnamese coffee. Ms. Sherer recommends taking a tuk-tuk or three-wheeled scooter ride through the area to get a sense of place before stopping at a cafe to people-watch and absorb the sights and sounds.