Hoi An bursts with weekend visitors after Covid-19 contained

Hoi An ancient town has been jammed by throngs of weekend tourists since early March with local Covid-19 outbreaks put under control. 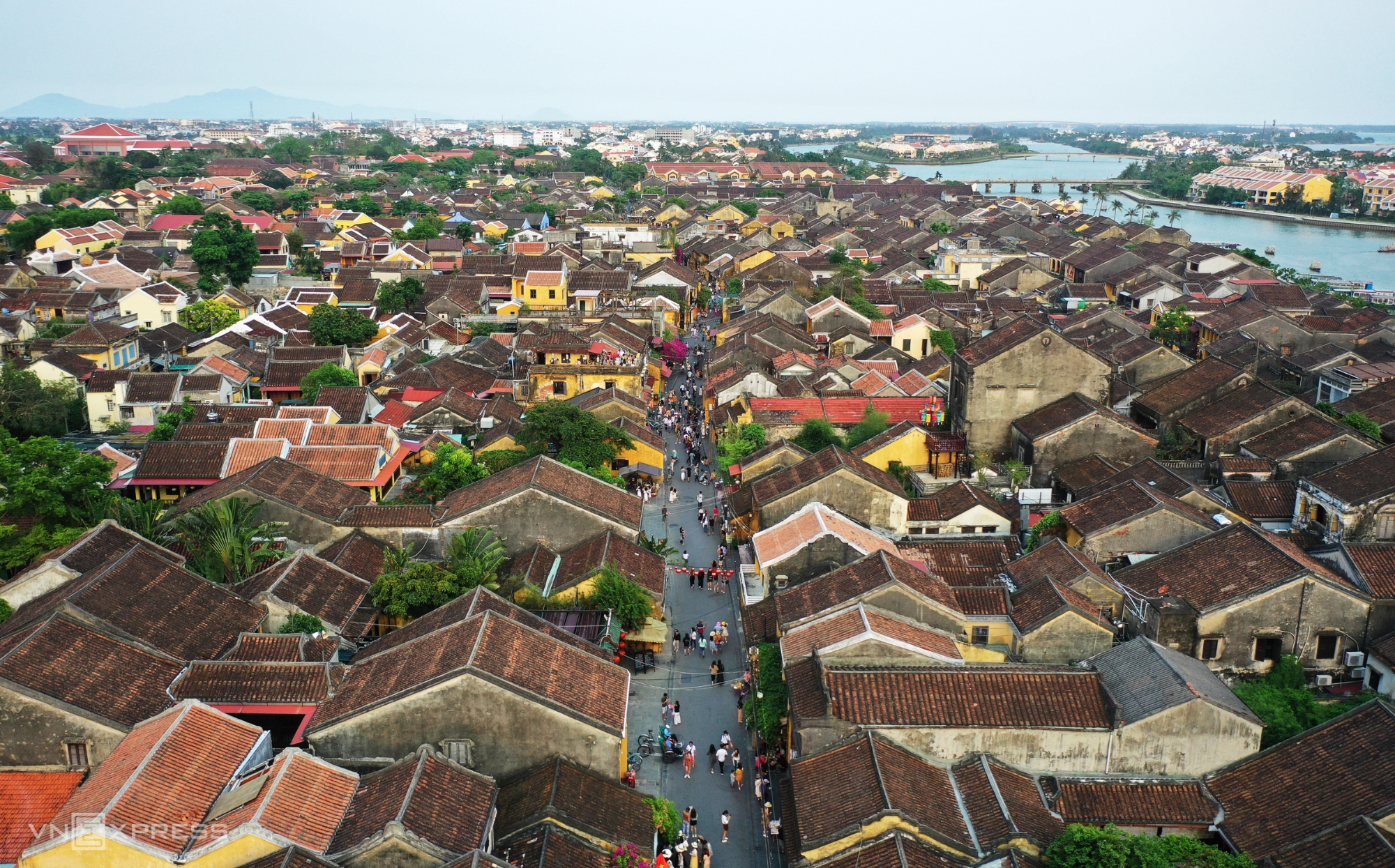 During weekends, from 2 p.m. to 9 p.m, many streets of the central town are crowded with groups of visitors. On average, Hoi An attracts more than 1,000 visitors over weekends, three times more than on normal days.

The surge in tourist numbers has been credited to the country's good handling of its latest Covid-19 outbreak that began on Jan. 28. All 13 affected localities including hotspot Hai Duong Province have passed many days without new community transmissions. 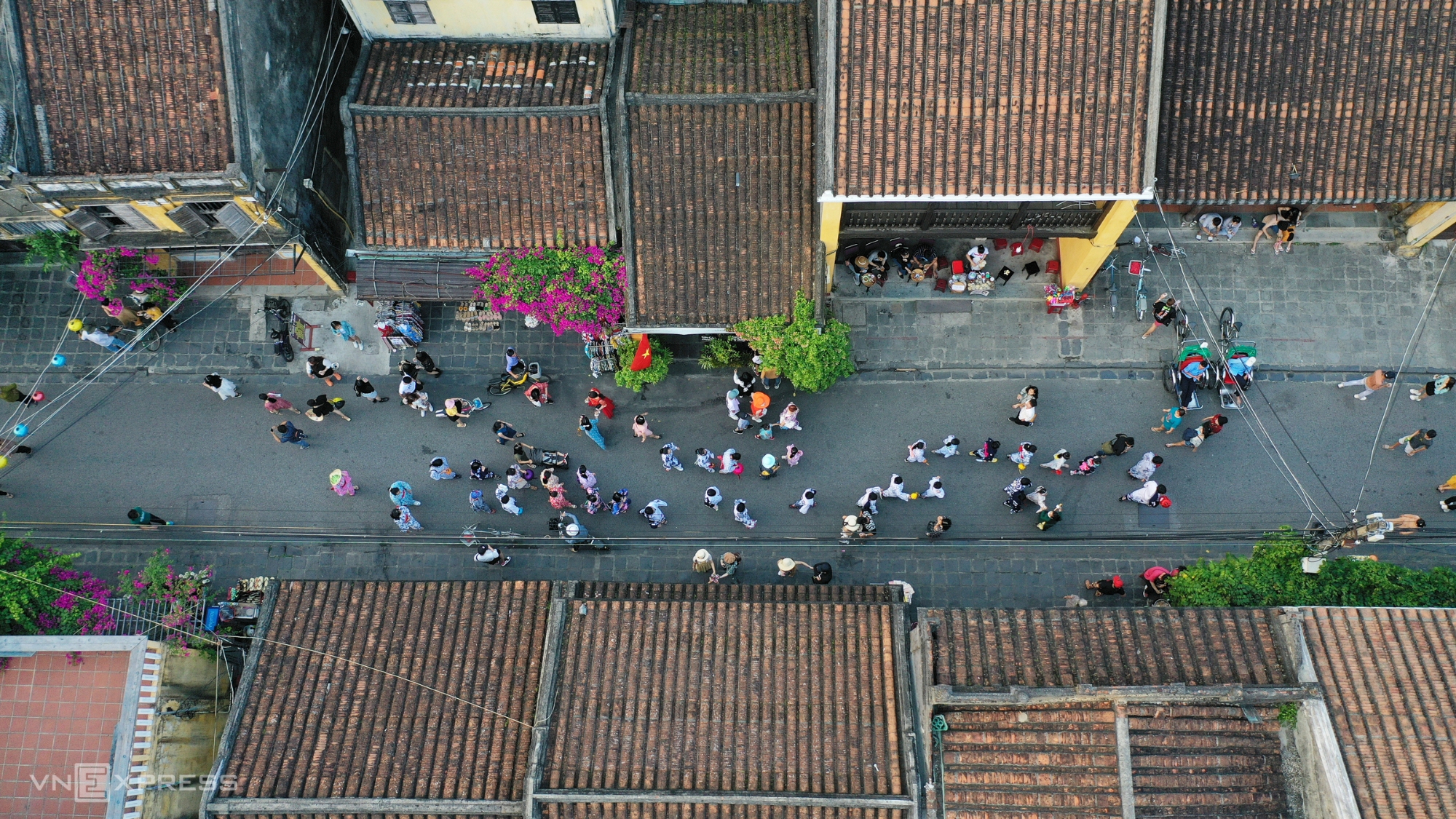 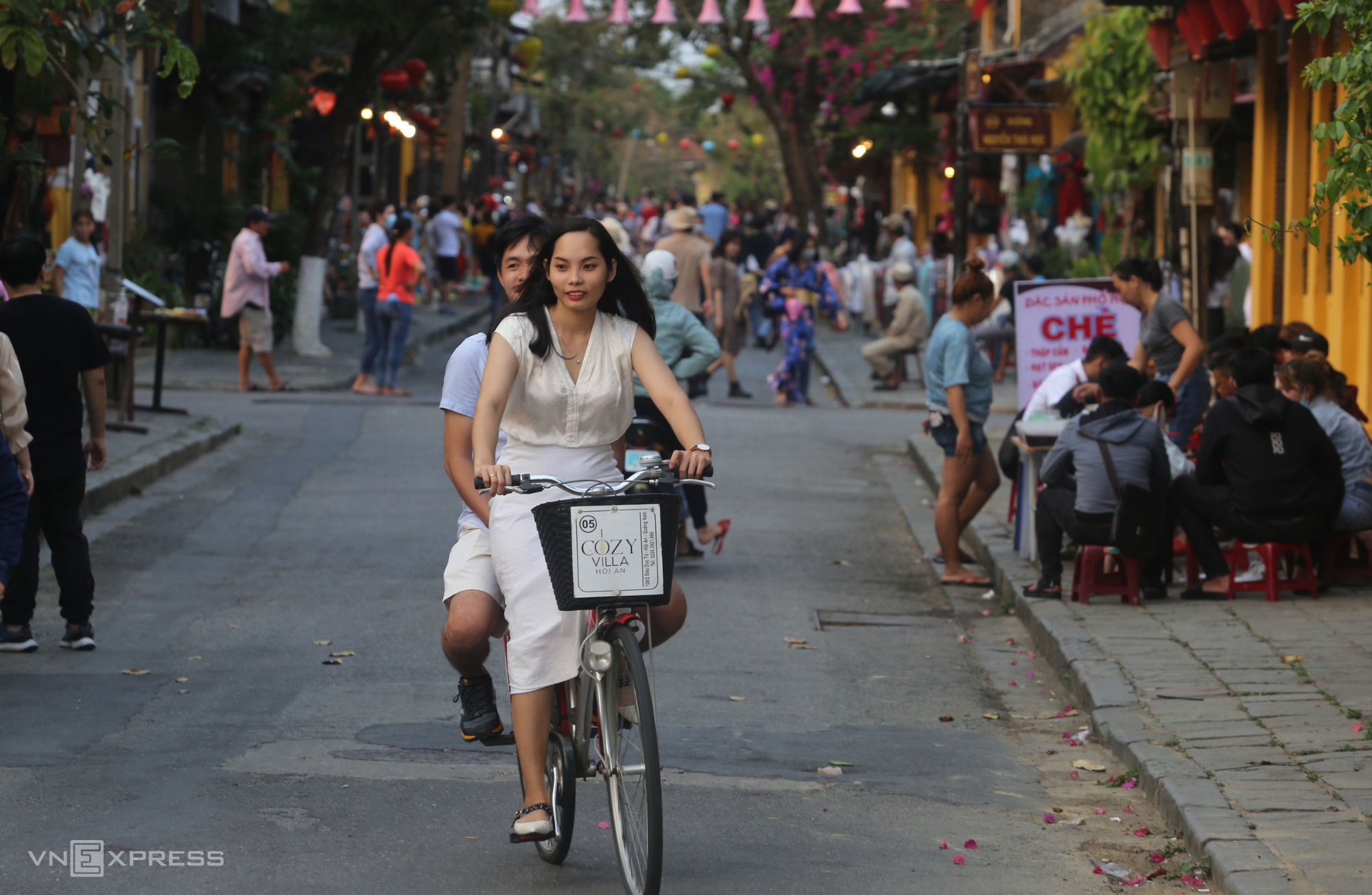 Motorbikes and cars are banned from the town center for large parts of the day - from 9 a.m. to 11 a.m. and from 3 p.m. to 9:30 p.m., making bicycles the most ideal choice for town explorations.

Hoi An has pioneered pedestrian-friendly streets since 2004, with most hotels, restaurants and homestay facilities offering bike rental services.

Many visitors prefer the tranquility of biking through narrow alleys and past yellow houses decorated with old red-tiled roofs. Rental prices range from VND20,000 to VND40,000 ($0.87 - 1.73) a day. 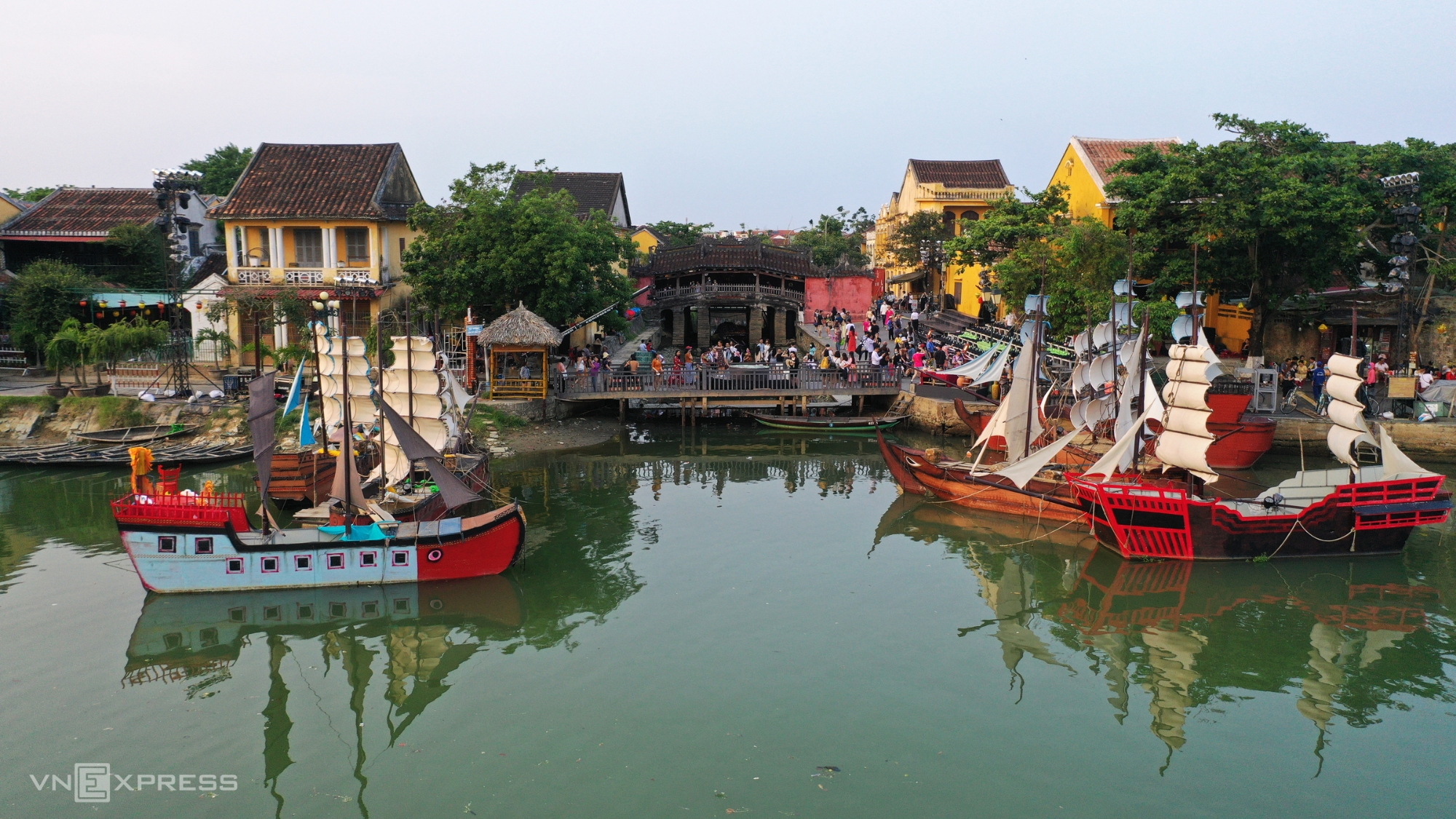 Pagoda Bridge is an iconic symbol of Hoi An. The bridge, built by Japanese traders in the 17th century, is a national relic that appears on VND20,000 bills. 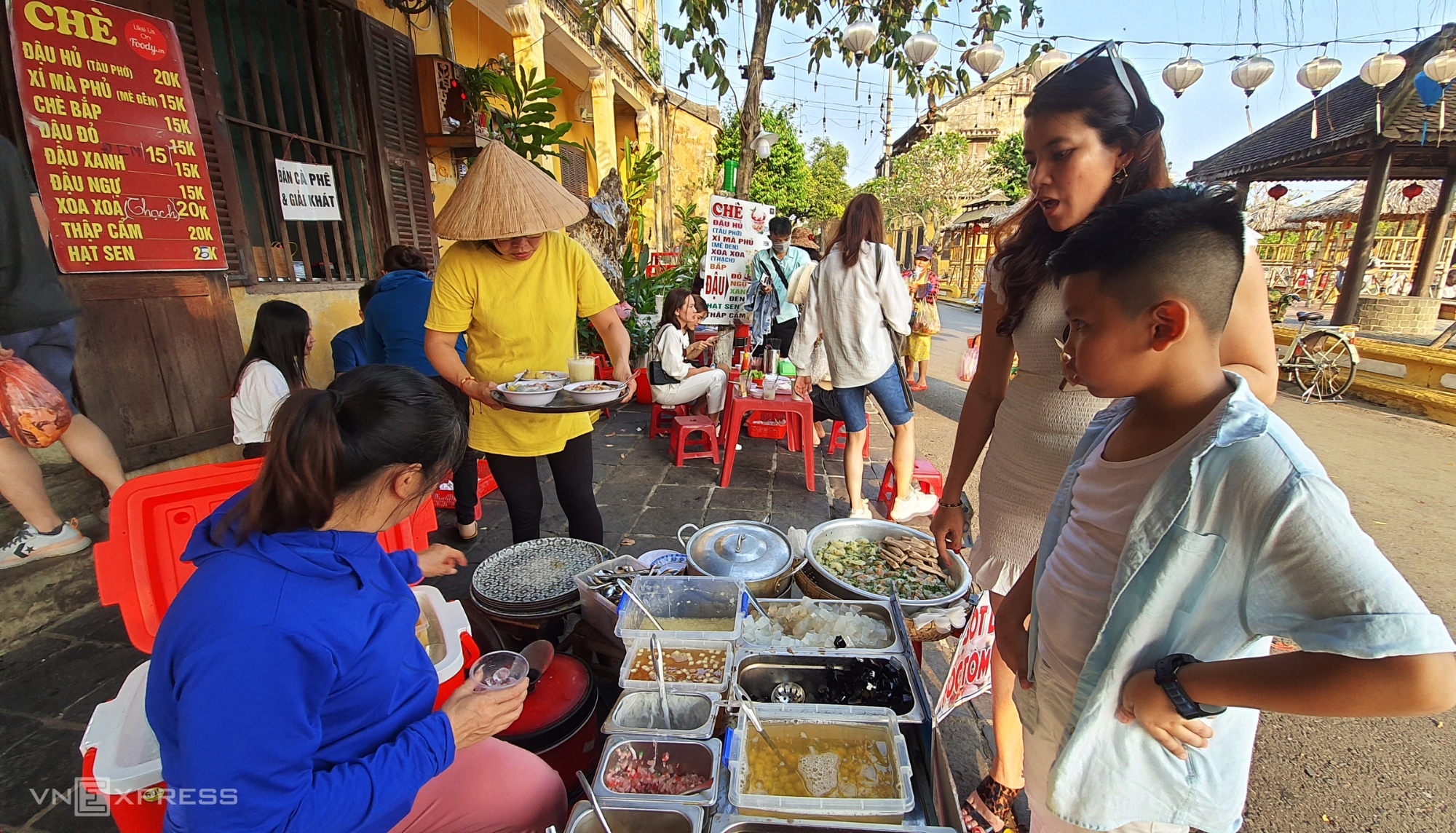 Lan, the owner of a sweet shop on Bach Dang Street, said it has been a long time since she has served such a large number of weekend customers. In January and February, there were no customers, so she only opened her shop on weekends, though selling little.

"From March 8 till now, the number of customers has tripled, so I now keep my shop open every day to increase my income,” she said. 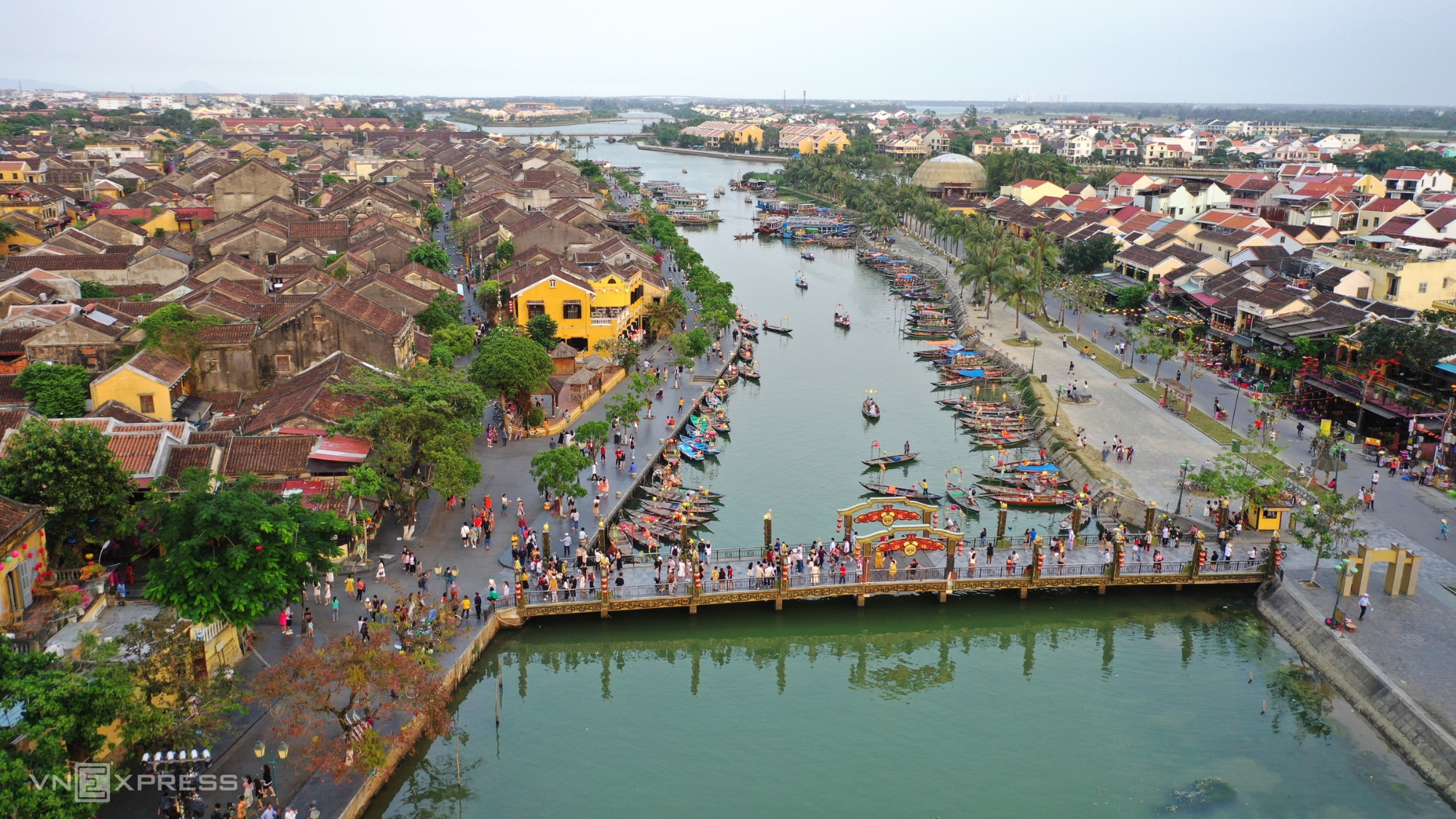 The ancient town is seen from above, with throngs of tourists gathering on a bridge across Hoai River where many restaurants, street food stalls and coffee shops have sprouted like mushroom along the banks. 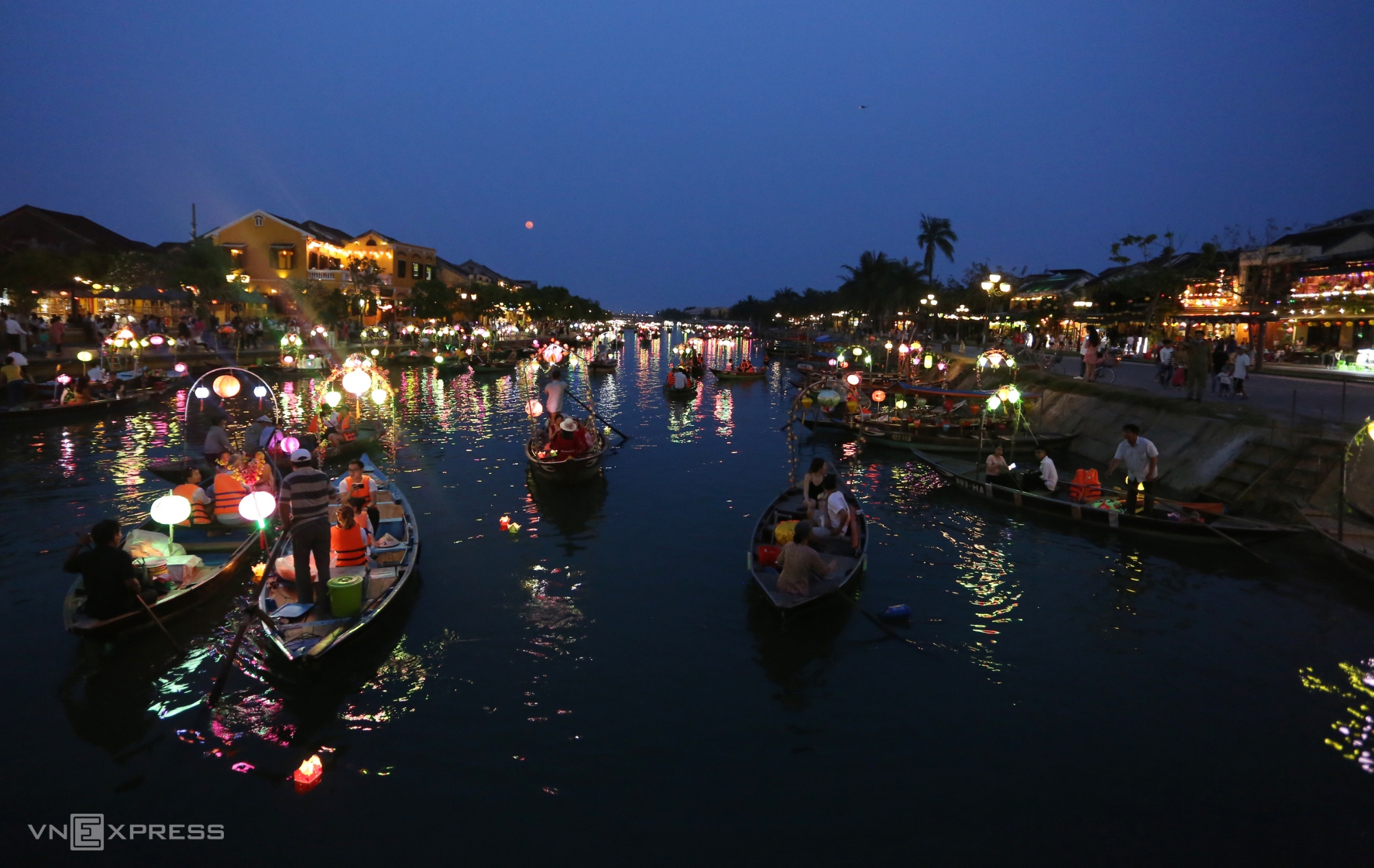 At night, a series of boats on Hoai River are lit by lanterns, attracting many tourists to enjoy Hoi An from the water.

"Every weekend I serve a few passengers and earn more than VND200,000 ($8.8),” said Hung, a boatman, who wished for more tourists to come to Hoi An in the coming time so the local tourism industry could thrive. 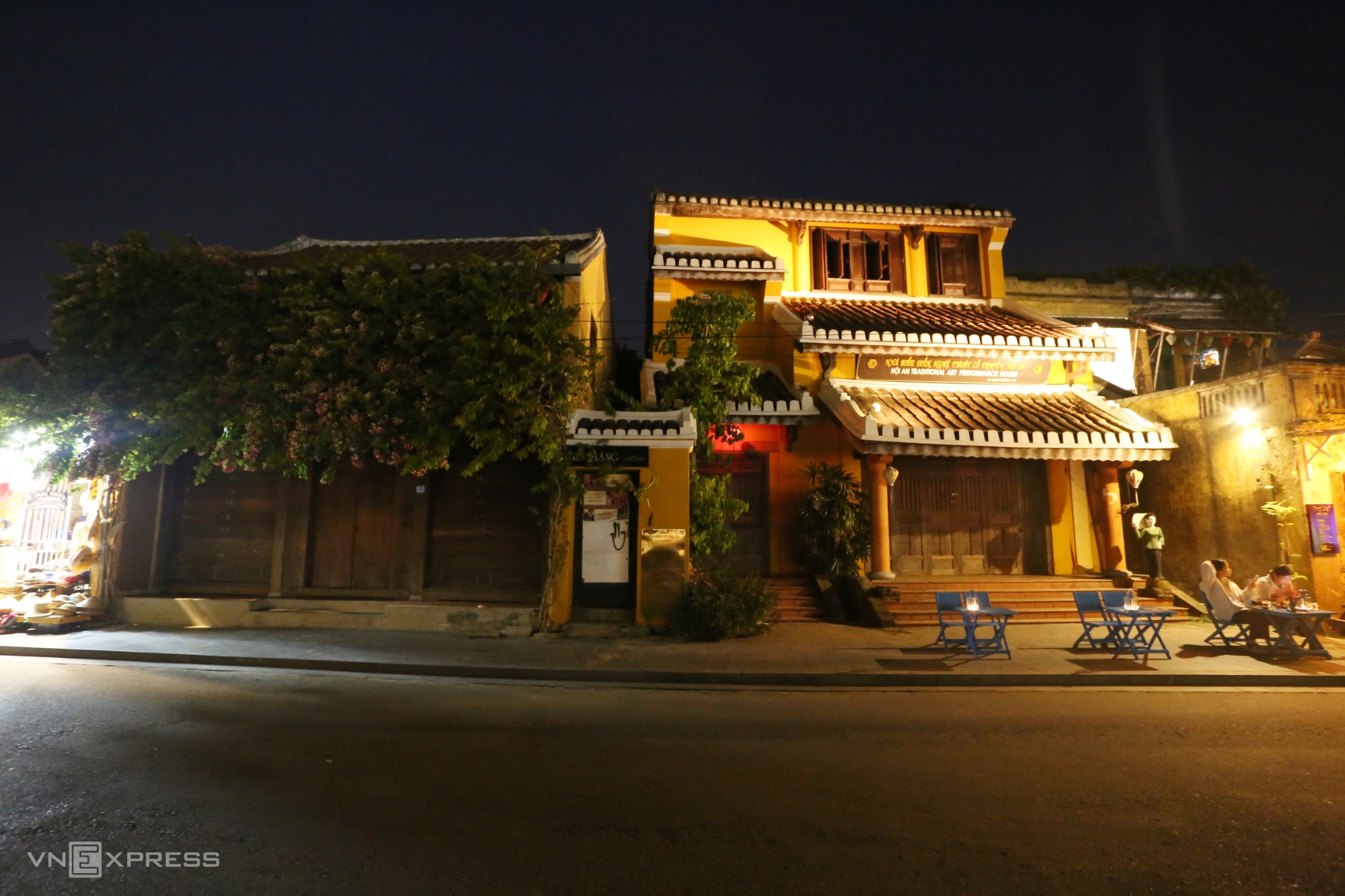 Many shops in the old town remain closed in the absence of foreign tourists. 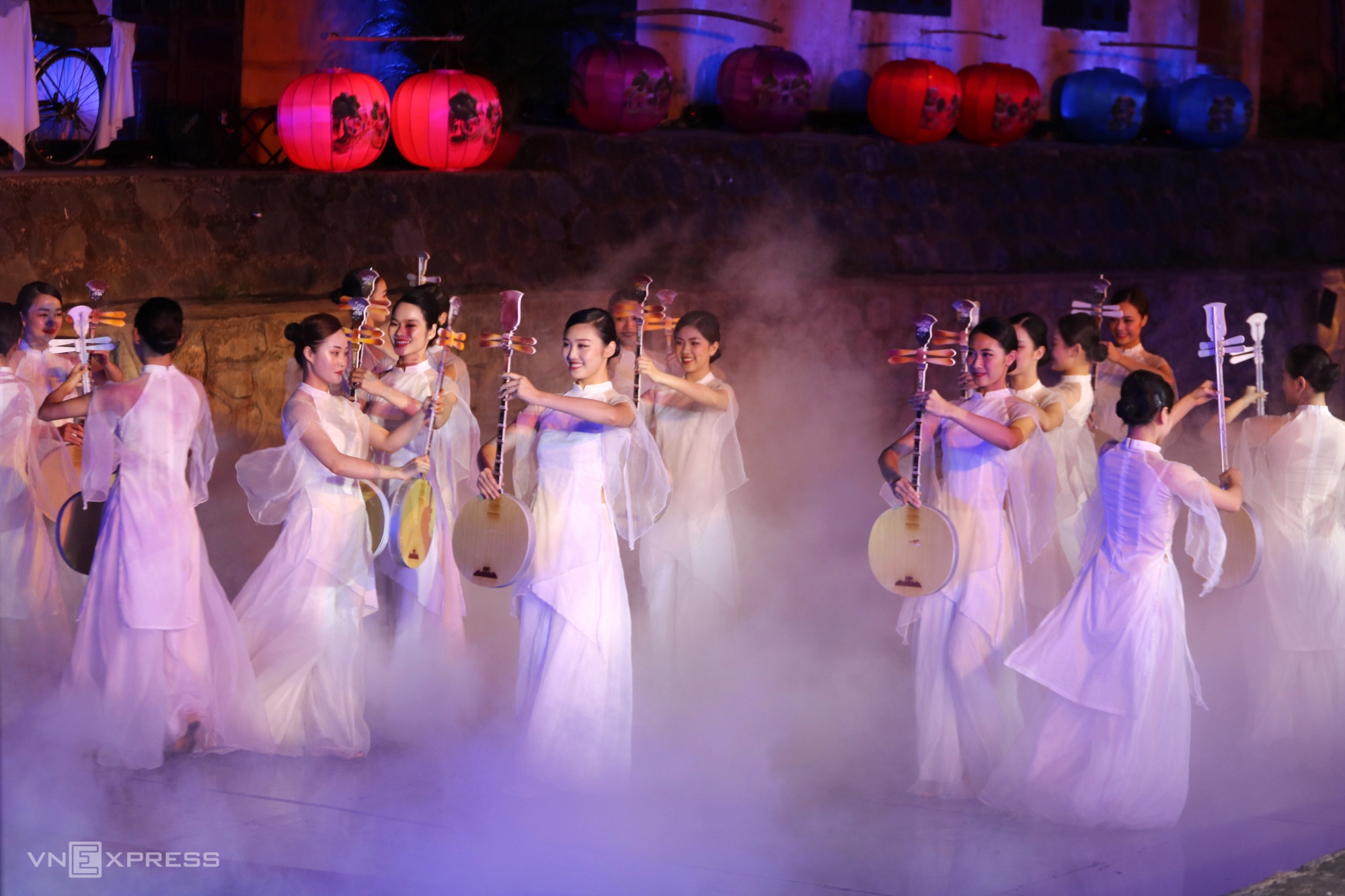 Artists perform in front of Pagoda Bridge on March 28. 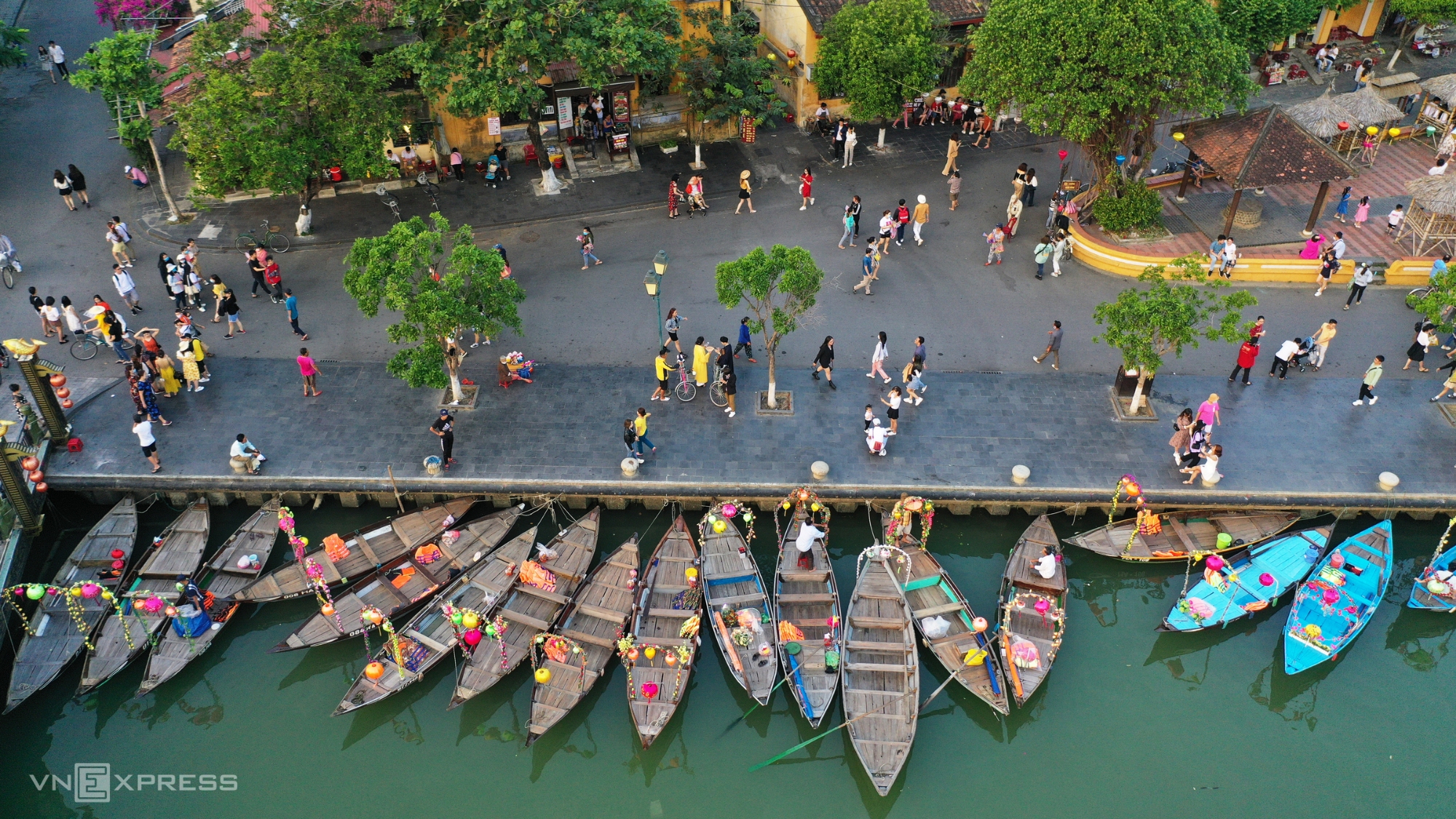 The Hoai River area has become more crowded, but by mainly domestic tourists.

The number of foreign visitors to Vietnam in the first quarter fell 98.7 percent year-on-year to 48,000 with travel restrictions in place to mitigate the impacts of Covid-19.

The government has closed its borders and canceled all international flights since March 25 last year except for special cases like foreign experts and highly-skilled workers and repatriation purposes under stringent conditions.