CNN names Hội An the Valentine destination this year

With Valentine’s Day just around the corner, look no further than Việt Nam’s Hội An for the perfect romantic getaway.

Global cable news network CNN recently named the ancient town in central coastal province of Quảng Nam as one of the world’s 13 most romantic places to visit.

According to CNN, Hội An “may have rocketed in popularity in recent years, but even increased visitor numbers can’t detract from the undeniably quaint and romantic feel of this former trading port”.

The old town features ancient temples, houses and stores built around canals and pedestrian bridges that let you wander hand in hand, with hundreds of multicoloured lanterns swaying in coastal breezes.

“Paper lanterns of another kind can also be lit and sent soaring skyward, along with a special message written with your valentine,” the news network said.

It recommends the town’s famous foods including bánh mìsandwiches.

“After strolling, enjoy some of the town’s rightly famous foods, notably the bánh mì baguette sandwiches that counted Anthony Bourdain as one of their biggest fans. His photo features prominently in a number of the spots he frequented,” it said.

Earlier, CNN listed Hội An as one of the 16 best places in the world to relax and de-stress.

Travel+Leisure has also named it among the 50 best holiday destinations around the world while The Travel website ranked Hội An the 14th best place in the world for expatriates to live thanks to its cheap cost of living.— VNS 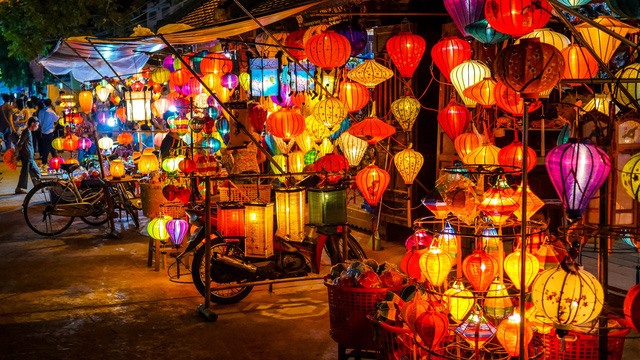 Hội An by night is lit by colourful lanterns. — Photo toquoc.vn 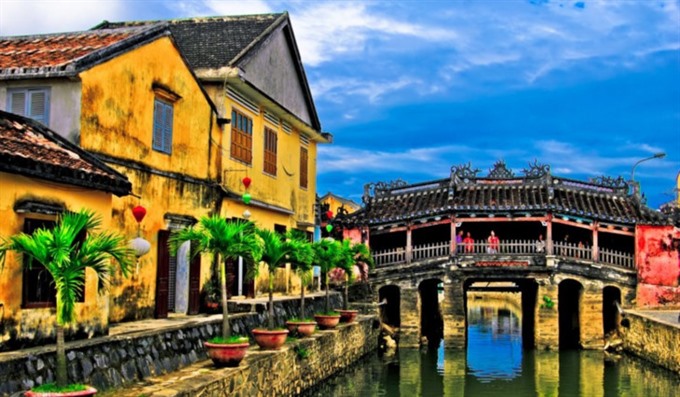