Hoi An wins prize at the 2019 National German Sustainability Award 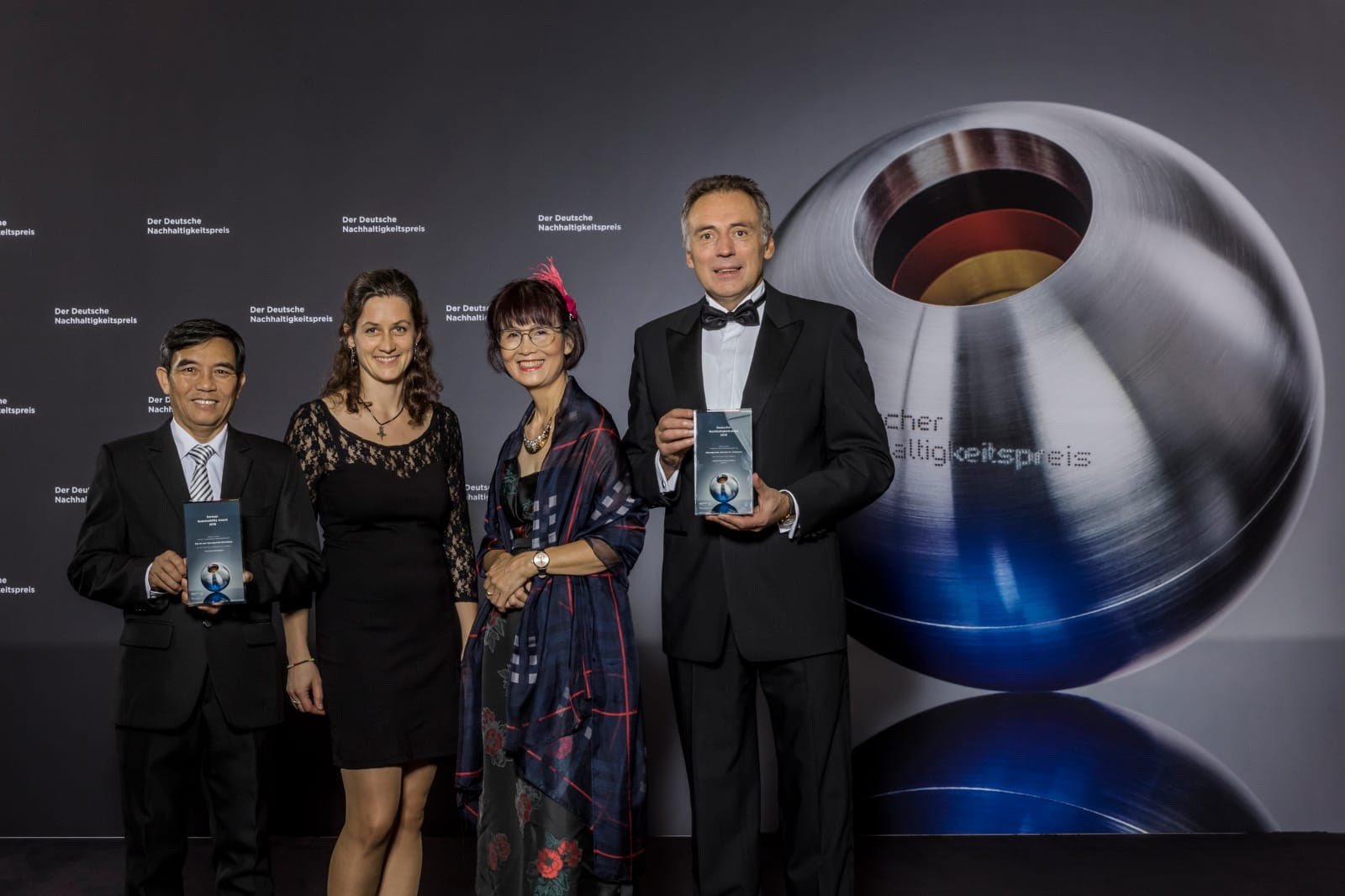 Hoi An won the prize at the 2019 National German Sustainability Award. Photo: Hanoimoi.com.vn The two cities overcame 30 others worldwide to win the awards which are presented to cities, companies and individuals to promote the idea of a sustainable society. This is the first time the prize is presented for sister cities project between German localities and foreign partners. Accordingly, Hoi An and Wernigerode received a sum of US$34,093 to fund local environment projects.
In 2013, the cities of Hoi An and Wernigerode signed an agreement in Berlin, Germany, constituting a sisterhood relationship. On that occasion, a lantern festival was held in Wernigerode, showcasing thousands of lanterns made by Hoi An artisans. Other sports and cultural activities also took place with the participation of Vietnamese artists and Vietnamese expatriates in Germany.
In 2016, Hoi An kick-started the construction of a solar energy-based powerplant to fuel its sound and lighting system. The project has a total funding of US$193,207 from the German government and  Wernigerode city.
In 2018, the Germany gave Hoi An a fund worth US$202,299 to develop bicycle-based traffic and free or low-cost bicycle-sharing projects, which are scheduled for deployment by September 2019.
The number of visitors to Hoi An in 2017 was estimated at 3.2 million, a year-on-year increase of 21.66%, according to Quang Nam province’s Department of Culture, Sports and Tourism.
The figue comprises 1.78 million foreigners and 1.44 million domestic ones. As many as 2.38 tourists visited Hoi An ancient town, up 28.16%, and 400,000 ones went to Cu Lao Cham island.
Tuyet Nhung