The administration of Hoi An City in the central province of Quang Nam has officially stopped selling visitors' tickets to its famous Ancient Town, as well as ordered shops in the neighborhood to close, adding to a long list of attractions in the city shuttered over the novel coronavirus disease (COVID-19). 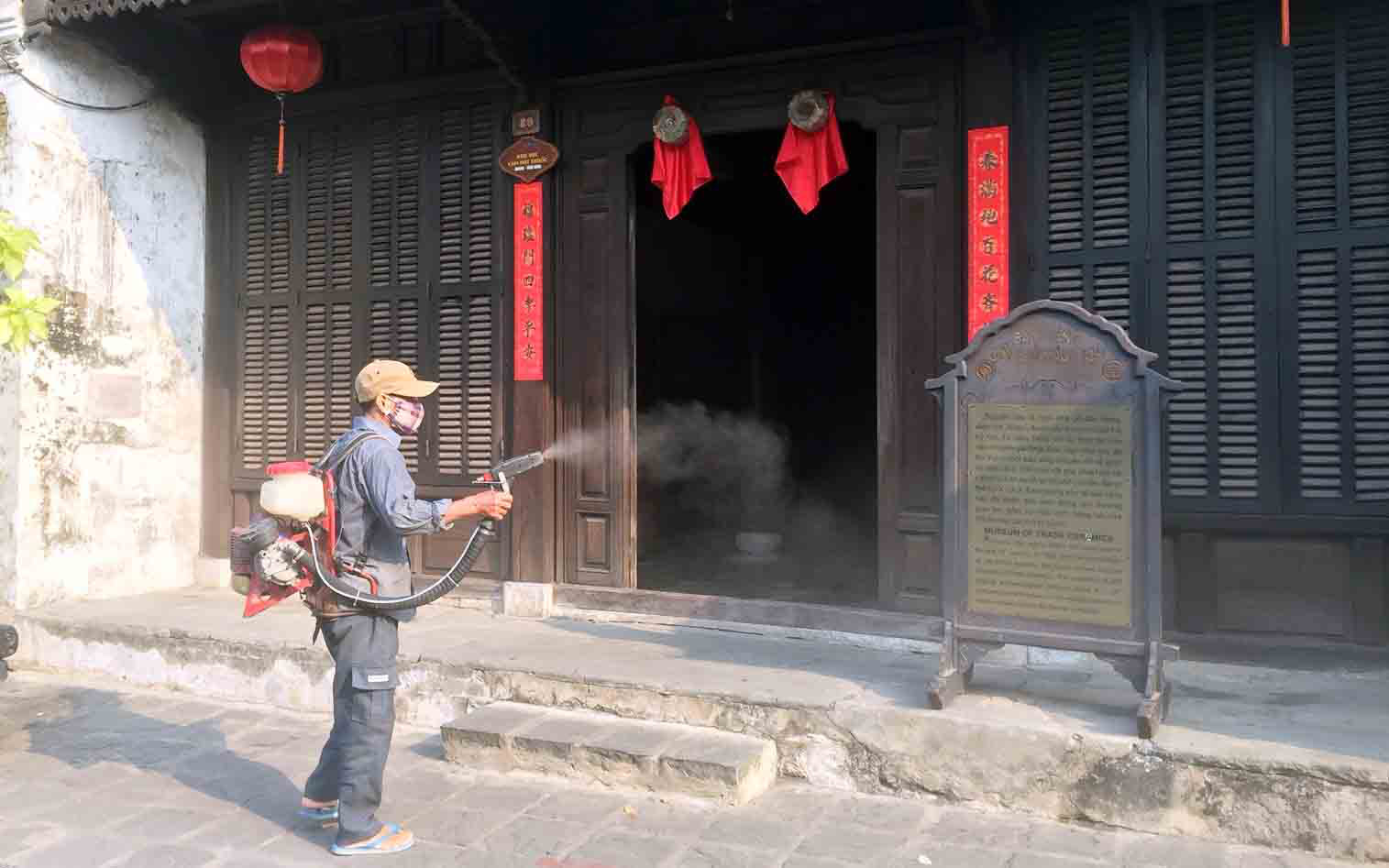 Nestled along Vietnam’s central coast, Hoi An and its UNESCO-recognized Ancient Town are popular with both domestic and foreign visitors.

The city welcomed 5.35 million tourists, three-quarters of whom were foreigners, in 2019.

Since Thursday morning, however, the town has been closed off to tourists, according to a regulation approved by the city's administration.

Previous restrictions outlining which streets are pedestrian or non-motorized vehicles only are no longer in effect.

Bars, pubs, and clubs located within the Ancient Town have also been ordered to close.

On Thursday, medical workers were seen disinfecting streets and buildings, including historical and cultural relics, within the Ancient Town.

Art performances such as Hoi An Memories, water puppet shows, and shows performed at the Hoi An Traditional Art Performance Theater and the Lune Center have been halted.

The mass closures mark the first time since 1985, when tourism in the central city began to take off, that Hoi An has had to cease its tourism activities on such a large scale.

The novel coronavirus, which first emerged in the central Chinese city of Wuhan in December 2019, has infected over 132,900 people and killed more than 4,900 globally as of Friday morning, according to Ministry of Health statistics.

Vietnam has so far confirmed 44 COVID-19 patients, 16 of whom had fully recovered and been discharged from the hospital by February 26.

A British man is currently being quarantined in Quang Nam after testing positive for the novel coronavirus this week.

He had arrived in Hanoi on a flight from London on March 2 that also carried a Vietnamese woman, the country’s ‘patient No. 17,’ who was the first new infection reported in the Southeast Asian in about three weeks.

Patient No. 17, a 26-year-old Hanoi resident, was diagnosed on Friday last week after the country had reported no infection since February 13.

Over a dozen passengers on the flight have been infected with COVID-19.