Community in heritage preservation - a lesson from Hội An

After 20 years of being recognized by UNESCO as World Cultural Heritage Sites, Hội An Ancient Town and Mỹ Sơn Sanctuary have become “a typical example” in dignifying the role of community in preservation and promotion of heritage values. 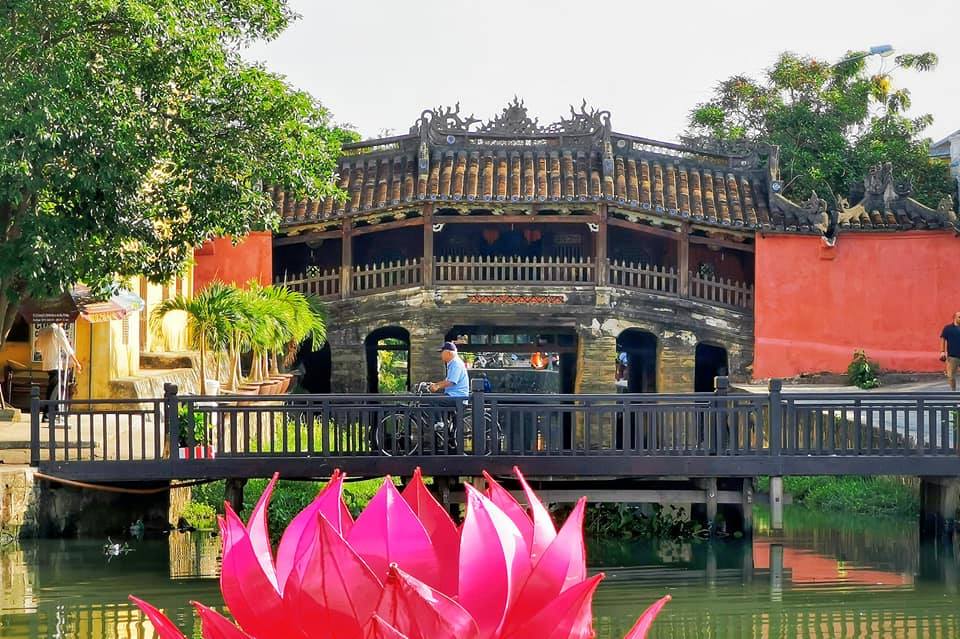 To protect Japanese Covered Bridge - a symbol of Hội An ancient town, a small bridge was installed to serve locals and visitors.

According to People’s Committee of Quảng Nam province, since Hội An Ancient Town and Mỹ Sơn Sanctuary were recognized by UNESCO as World Cultural Heritage Sites, the locality has deployed many groups of solutions in preservation and promotion the heritage values. In particular, from 1999 until now, Hội An Ancient Town has restored 459 relics. In addition, Quảng Nam province has also approved the investment project for urgent restoration of relics which are in danger of collapse, belong to Hội An World Cultural Heritage. There are 72 relics here which are restored urgently. Quảng Nam province has implemented the Project of preventing wood-boring insects (anti-termites) in Hội An Ancient Town for 1521 relics and anti-termites for 31 coastal relics. At Mỹ Sơn Sanctuary, with many sources of capital, in the past 20 years, 11 Cham towers and 6 supporting items have been repaired with a total budget of over VND 166 billion VND.

In addition, after 20 years of being recognized, the development rate of economy, tourism, economic and cultural life of people community in 2 world cultural heritage sites has achieved positive results. In 2018, Hội An had a tourist arrival of up to 2,3 million. Currently, Hội An has 638 accommodation facilities with 10.464 rooms.  The per capita income currently reaches nearly 46 million VND per year. In 2018, Mỹ Sơn had a tourist arrival of 399.657, revenue reached 62,170 billion VND. Currently, tourism infrastructure is also getting better to meet the needs of tourists.

It can be said that these are impressive figures that Hội An in particular and Quảng Nam in general, have achieved to deserve the title “World Cultural Heritage Site”.

Hội An Ancient Town and Mỹ Sơn Sanctuary are also facing many difficulties between preserving, promoting the heritage and the negative side of market economy, especially the tendency of immigrantion from all over to Hội An to do business, trade, tourism. In fact, the attraction of the heritage sites means that the number of tourists will be more and create more pressure on traffic; accommodation and activities, trade, ecological environment. It shows that the connection of tourism and economic development will lead to the risks of making many of the traditional features of Hội An fade. Some relics were overloaded, damaged, degraded.

The cultural heritages which were created by the predecessors have overcome the harsh impacts of the natural and social environment, the devastation of war, time and up to now, many generations of Quảng Nam still respect, cosset, conserve, preserve and develop. The mobilization of community strength in the management, preservation and promotion of heritage values is still maintained by the authorities and people here. The effort of community is the basic factor which determines the survival of Cultural Heritages, not only for Hội An or Mỹ Sơn.